Technologies such as 5G, extended reality (XR), blockchain, and digital twin provide strong support for the Metaverse. The infrastructure ensures the real-time communication in the virtual world. Human-computer interaction is the basis for connecting the virtual world and the real world. Decentralization can improve the user’s right of choice and ownership. Spatial computing provides computing power support and reduces the user’s equipment requirements.

The Metaverse has higher requirements on infrastructure, and 5G technology makes it possible. Immersive experience is one of the important features of the Metaverse. The realization of this feature sets higher store on the network infrastructure.

At present, 5G technology is the key to realizing the Metaverse. Compared with 4G network, 5G network has the characteristics of high speed, low latency, low energy consumption, and large-scale device connection, which can be a good foundation for the application of the Metaverse. At the same time, the Metaverse is expected to fuel demand for 5G through multiple application scenarios and increase the penetration rate of 5G.

Human-computer interaction: the bridge between the physical and virtual worlds

VR provides an immersive experience, enabling the input and output of information in the Metaverse by fully taking over human vision, hearing, touch, and motion capture. AR superposes virtual information on the real world. MR can achieve partial preservation and ease of switching between the virtual and real worlds by projecting a light field to the retina. 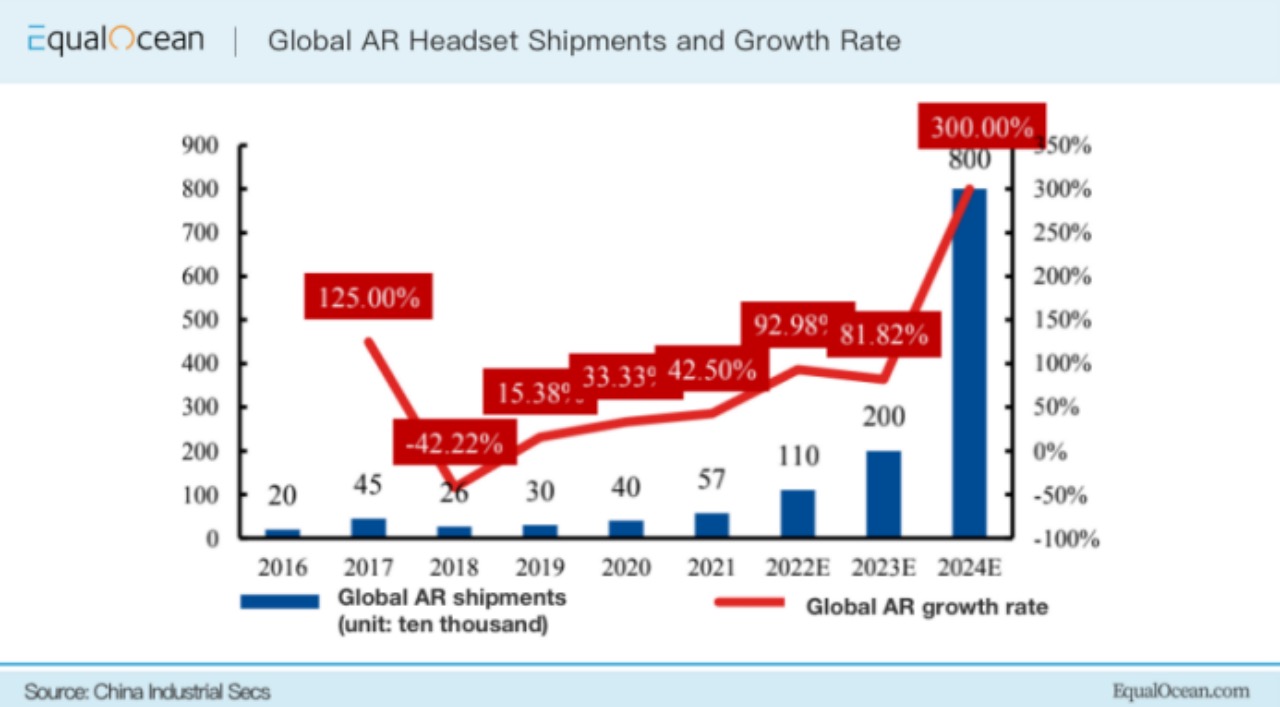 From the above data, it can be seen that the AR glasses shipments are much lower than those of VR eyewear. In 2021, the shipments of VR glasses reached 11 million units worldwide, with a growth rate of 64.18%, while AR glasses totaled 570,000 units, and the growth rate was 42.50%.

The natural and intuitive properties of haptic gloves enables everyone to seamlessly lay their hands on a truly immersive VR world. Brain-computer interface creates an avenue for information exchange between the human brain and the device to realize information exchange and control.

Decentralization: Blockchain is the core technology

Decentralization technologies mainly include blockchain, edge computing, and AI computing. The Metaverse integrates the virtual world and the real world, and will promote technological advances and industrial integration.

Blockchain builds the foundation of the Metaverse through credible data collaboration and digital technologies such as edge computing, big data, 5G, and the Internet of Things (IoT), forming a Metaverse ecosystem, and promoting production methods and Lifestyle changes.

Edge computing is another core computing model for the Metaverse apart from distributed computing, grid computing, and cloud computing. The term refers to the use of an open platform that integrates network, computing, storage and application core capabilities at the edge of the network but close to the source of the object or data, so as to provide edge intelligent services.

Edge computing can shorten information flow cycles and reduce network transmission delays, providing Metaverse users with a better immersive experience and lowering the requirements of terminal devices for the Metaverse.

China’s edge computing market is expected to reach CNY 22.32 billion (USD 3.31 billion) in 2021, of which hardware makes up 56.3%, and the combined market share of software and service was 43.7%. In the next five years, the size of China’s edge computing market will continue to grow rapidly, with a compound annual growth rate of 33.1%, and the market will be worth close to CNY 100 billion in 2026. 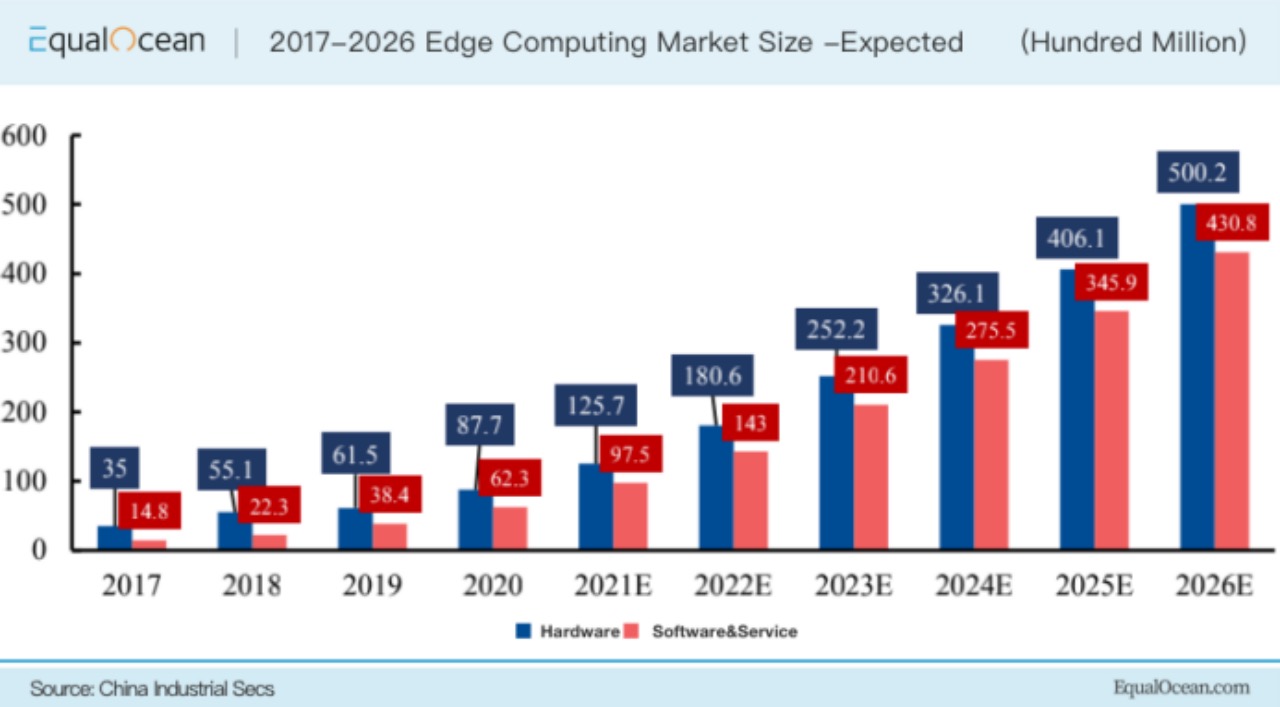 Spatial computing: the mix of the physical and virtual worlds

Spatial computing is mainly used to mix the digital world and the real world, including technologies such as digital twins and 3D engine. A real environment with extremely rich details is required in the Metaverse. Therefore, the maturity of spatial computing technologies such as digital twin and 3D engine determines the integrity of the Metaverse in virtual-real mapping and virtual-real interaction.

The global twin market reached USD 5.22 billion in 2021. According to IDC’s forecast, in the next few years, the market size is expected to grow rapidly and reach USD 26.46 billion in 2025. As its scale expands, the digital twin will become more mature and its application scenarios will also increase.

The Metaverse is a virtual 3D world, in which techniques such as 3D simulation, 3D scene, and 3D virtual reality need to be developed through the 3D engine. The 3D engine digitalizes the physical matters, performs calculations in the computer, and outputs images.