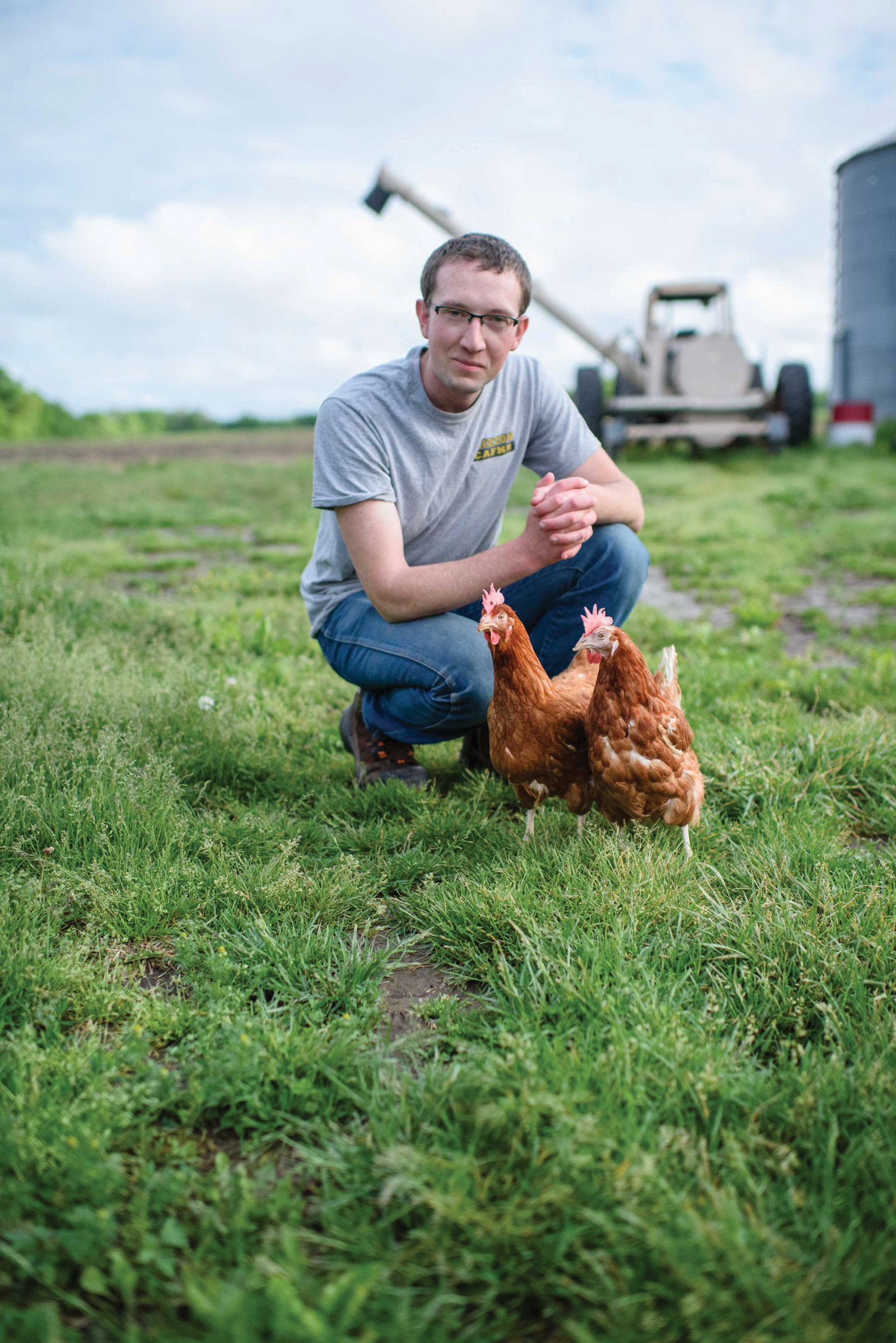 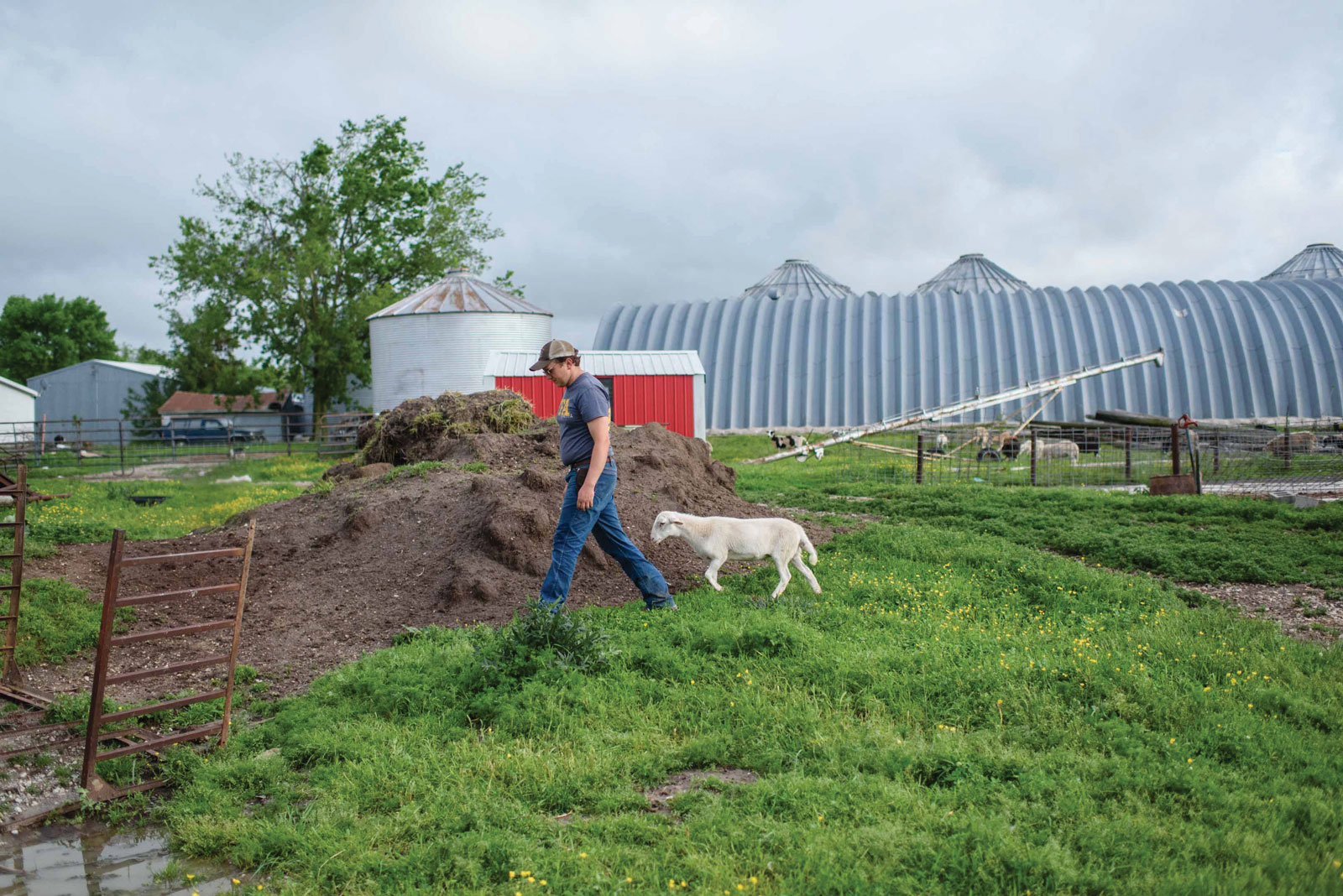 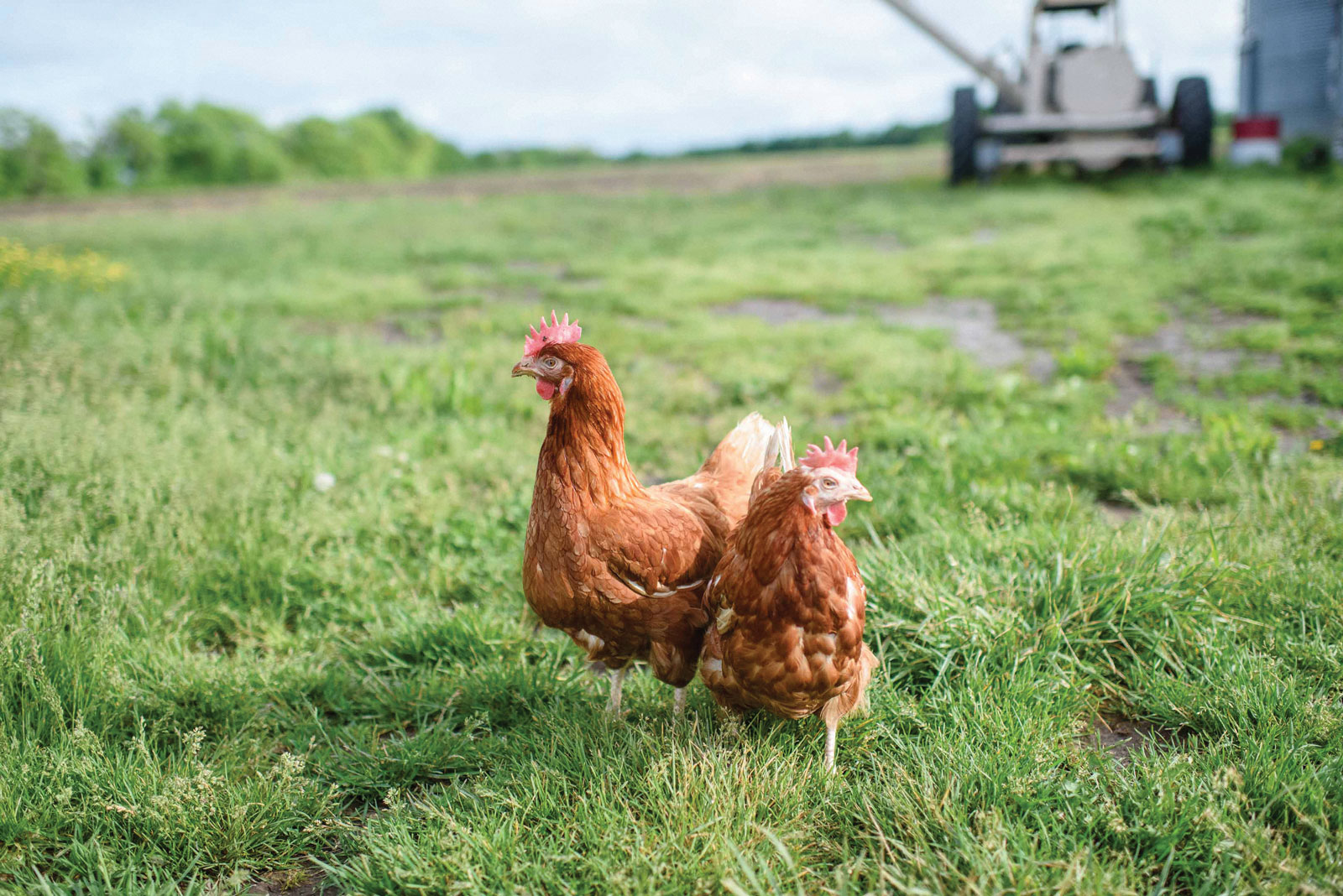 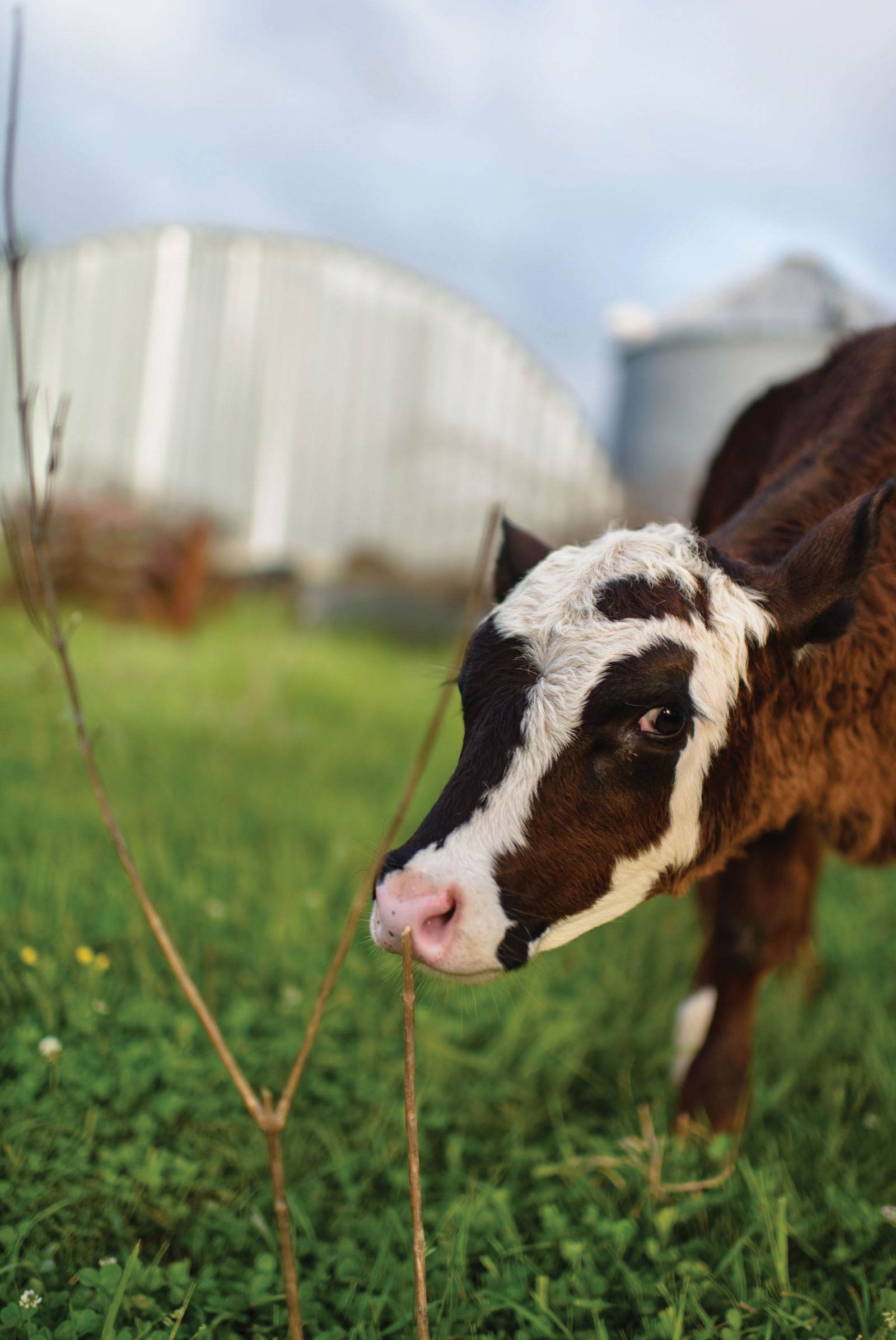 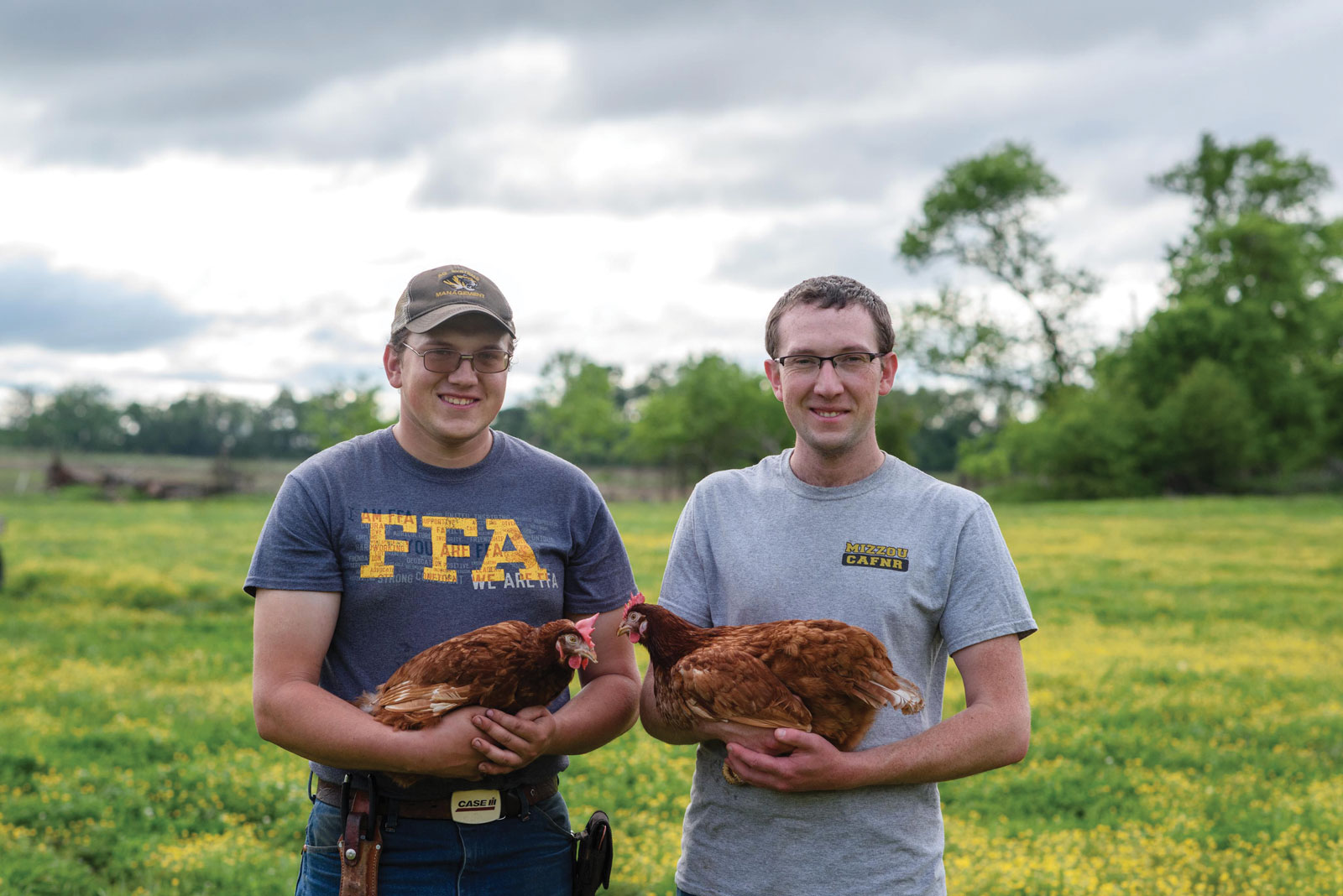 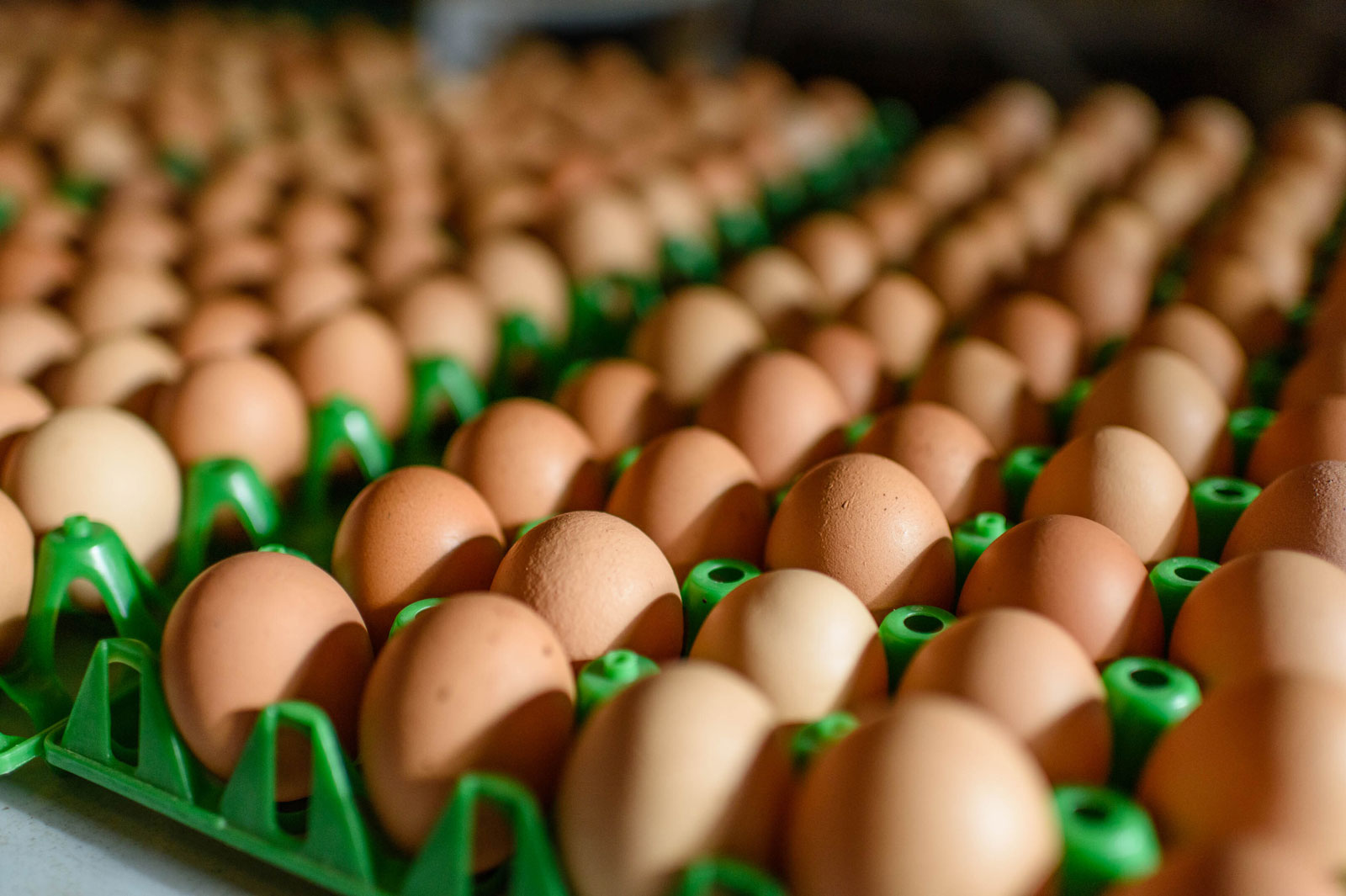 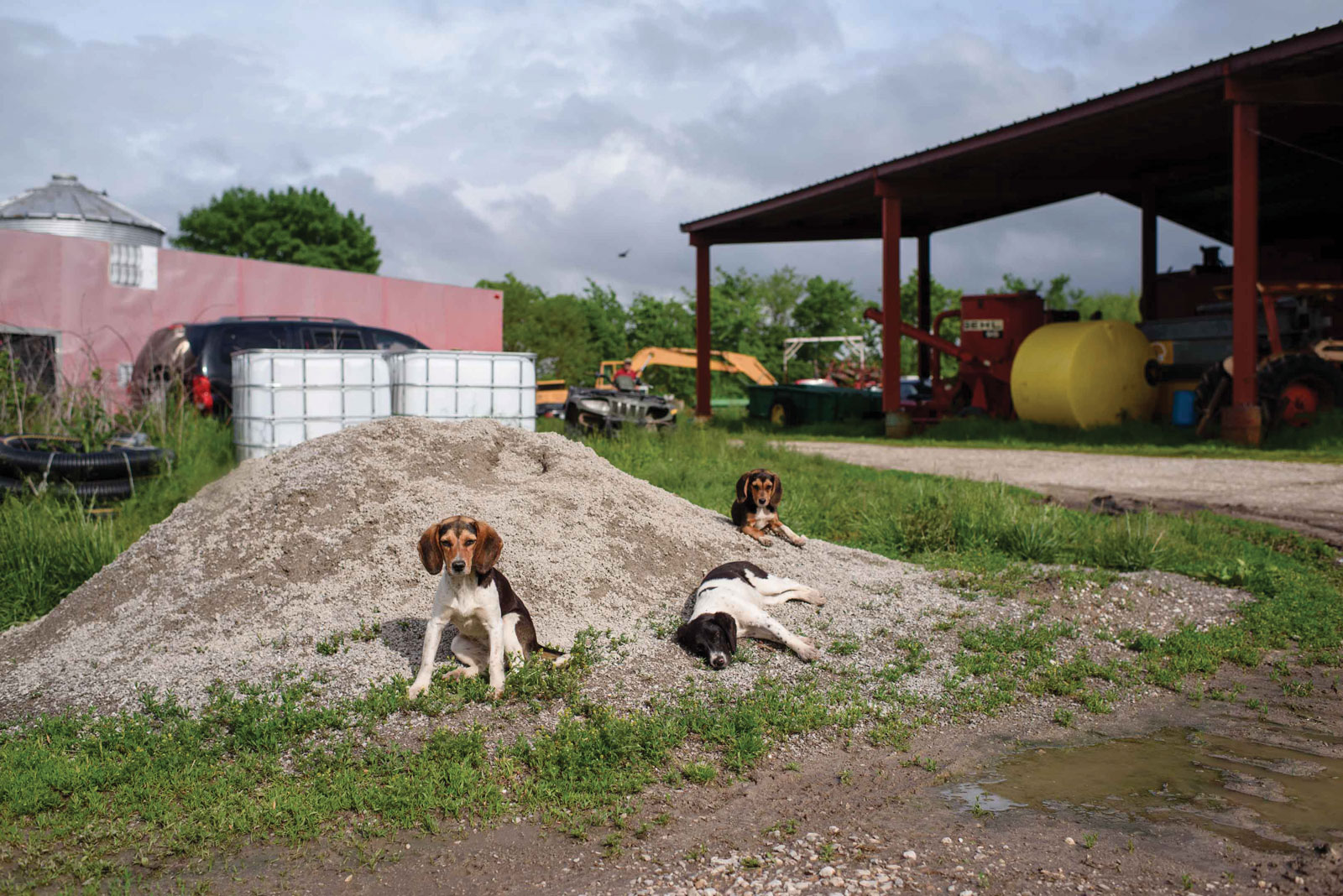 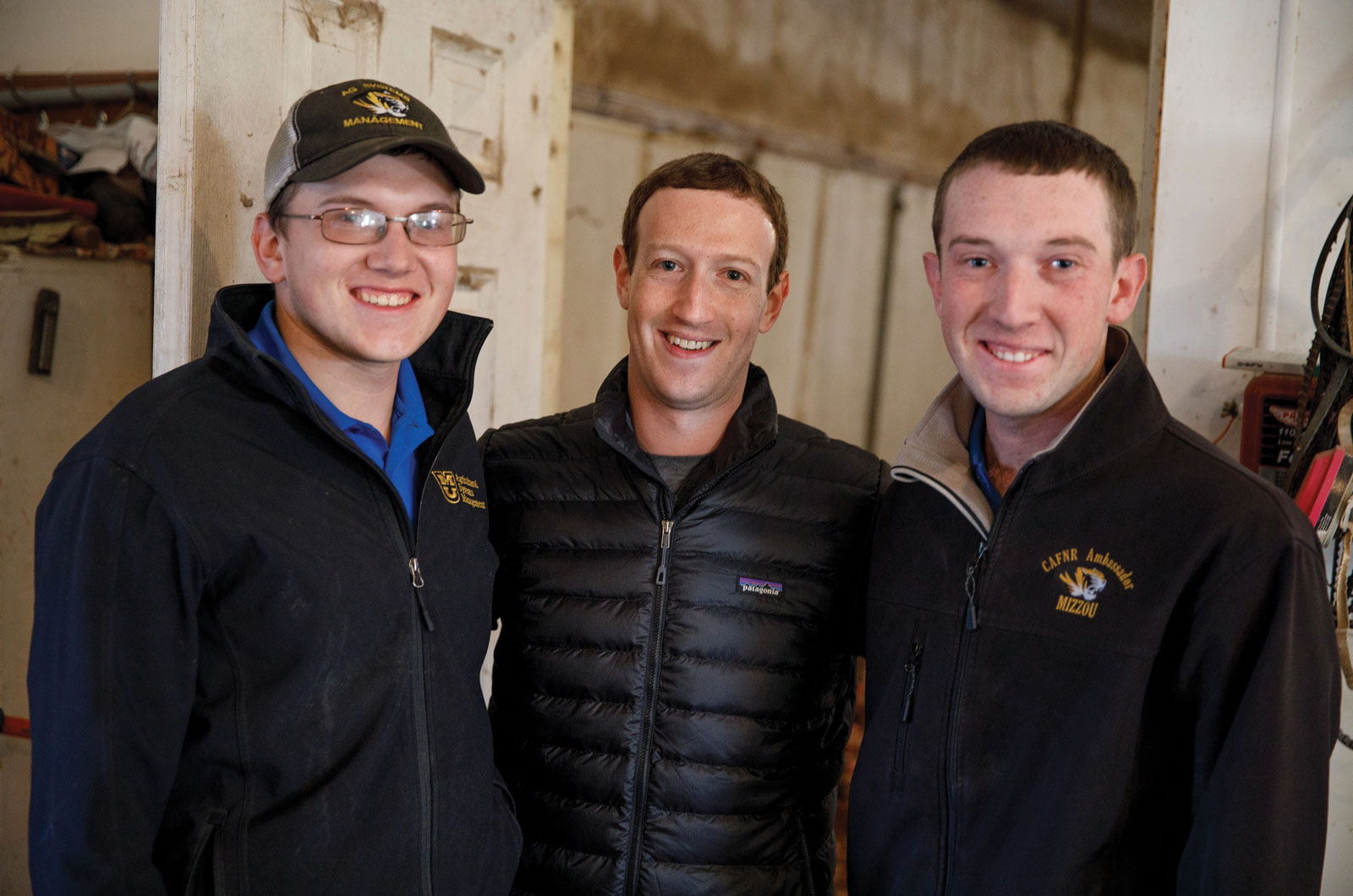 From kid-preneurs to thriving wholesalers, Dustin and Austin Stanton have taken over the free-range egg business (and created a positive impact on their community)!

As a 6-year-old first grader, Dustin Stanton watched with excitement as six chicks incubated and hatched in his classroom. The local 4-H chapter that brought the chicks to school promised them to one lucky student in the class, and the idea of ​​taking the chicks home intrigued Dustin.

“I was eager and excited, and I was the only one who wanted the baby chicks up until the very last day when a girl in my class decided that she wanted them, too,” Dustin recalls.” Our names went into a hat, she won, and I was devastated.”

Dustin shared the news with his uncle, who showed up at the 1,400-acre Stanton family farm in Centralia with six chicks for Dustin and his little brother, Austin. Dustin says that their parents, Andrew and Judy, decided that the boys could sell the eggs from their chickens to earn their allowance, and they began selling to neighbors, family members, and friends. What they didn’t know at the time was that they were launching a business that would grow exponentially and carry them into adulthood.

During Dustin’s freshman year of high school, the egg business expanded for the first time when he joined the local FFA program, bought 500 chickens and set his sights on selling eggs at the Columbia Farmers Market. He and Austin purchased a full year’s vendor membership for around $250, then showed up the first Saturday ready to make sales.

“We had one individual come to our stall and they bought six eggs,” Dustin says. “It was raining, and it was really terrible to be honest.”

On the next Saturday, which was also rainy, Dustin doubled his sales to one dozen eggs. The third Saturday was also “pretty bad.” Feeling defeated, Dustin says that he and Austin seriously considered quitting and cutting their losses.

“We decided we wanted to get our annual membership fee back before we quit, and on the fourth Saturday, we sold 40 dozen eggs,” Dustin says. “We were really excited. It was a big deal. That’s how we decided we would stick to this.”

Though he says he is no longer wholly dependent on the farmers market business anymore, Dustin, who currently serves as the market’s president, says it is one of the bright spots of every week.

“We continue to go to the Farmers Market because I love the people there,” Dustin says. “I love to go there to meet the customers we are selling to. It’s fulfilling to see the people and families we are feeding with the work we are doing.”

Farmers to the Core

The Stanton Farm, which houses Stanton Brothers Eggs, has been passed through five generations spanning 175 years. Dustin’s parents still farm there full-time, raising beef and cattle and farming hay and row crops. The chance to become so hands-on from such a young age meant that Dustin gained farming experience and business acumen through trial and error while most of his age were doing typical kid things.

“I made some of my worst business decisions before I was 12, so I am blessed in that regard,” Dustin says. “I was learning the ins and outs, and some of the bad decisions were in those early years when we were trying to figure out what worked and what didn’t.”

By the time he was 16, Dustin was running the nation’s largest free range egg operation, according to the US Department of Agriculture, a designation that he still holds today. The business remains independent, a fact that Dustin says is crucial to its success and ability to continue thriving in the industry.

Unlike other egg producers, Stanton Brothers Eggs is involved in every step of the process. Dustin and Austin grow their own non-GMO grain called milo, also known as sorghum, which is ground into feed for the chickens and for other animals on the farm. Then, the brothers and their two full-time employees collect all the eggs, wash them, grade them, box them and refrigerate them. They also handle the sales and marketing side of the business.

“I have honed in on central Missouri, and all the outlets we sell to are within an hour of the farm,” Dustin says. “We’ve made a lot of connections at the Farmers Market, and the majority of our sales come from networking, which is so crucial to our success and to anyone’s success who endeavors to be entrepreneurial.”

A Focus on Education

It’s a bit ironic, but Dustin says he entered college, and left college, with the same job.

The first college graduates in their family, Dustin and Austin have both received accolades for their farming practices and entrepreneurial endeavors. Dustin, a 2014 graduate of MU’s Agricultural Business program, was named the 2015 University of Missouri Student Entrepreneur of the Year. Austin, a 2019 graduate of MU’s Agricultural Systems Management program, was named the 2018 American Star Farmer, while Dustin was named the 2014 American Star in agribusiness, two of the highest honors from FFA.

“That was a really amazing experience for both of us,” Dustin says. “I believe we are the only brothers to win those awards, which is really cool.”

Much to their surprise, some of the publicity Dustin and Austin received caught the eye of Facebook founder Mark Zuckerberg.

“We got a call in 2017 from Mark Zuckerberg and he wanted to come tour our operation,” Dustin says. “I thought it was a joke.”

But it wasn’t a joke. After three visits to the farm by Mark’s chief of staff, executives on his team, and his security team, Mark arrived in Centralia at the Stanton Farm. Dustin and Austin were under a strict gag order prior to the visit, and no one besides family was permitted to be present on the farm.

“He was going on a 50 state tour, trying to meet people who were entrepreneurs and millennials, and we fit the bill, so he wanted to connect,” Dustin says. “It was really amazing to show our lifestyle. He was trying to recreate Facebook so it reflected what happened in the Midwest, so it was a really great opportunity.”

Dustin says he can’t predict the future of Stanton Brothers Eggs, but he does know that growth, in whatever form it takes, is essential.

“If you’re not growing, you’re dying, so we will continue to grow, but there are more ways to grow than one,” Dustin says. “You can grow the number of eggs sold, but you can grow with vertical integration as well.”

While the majority of his attention is focused on the business, Dustin has also taken on a new role as Boone County’s treasurer. After a lengthy application and interview process, he was appointed by the Governor to serve in the role this past April.